This is the March 2021 update from the IMS Investment Team. The purpose of this bulletin is to provide a summary of the recent headlines and trends that have been influencing markets over the last month and to highlight key aspects of the IMS portfolio service. 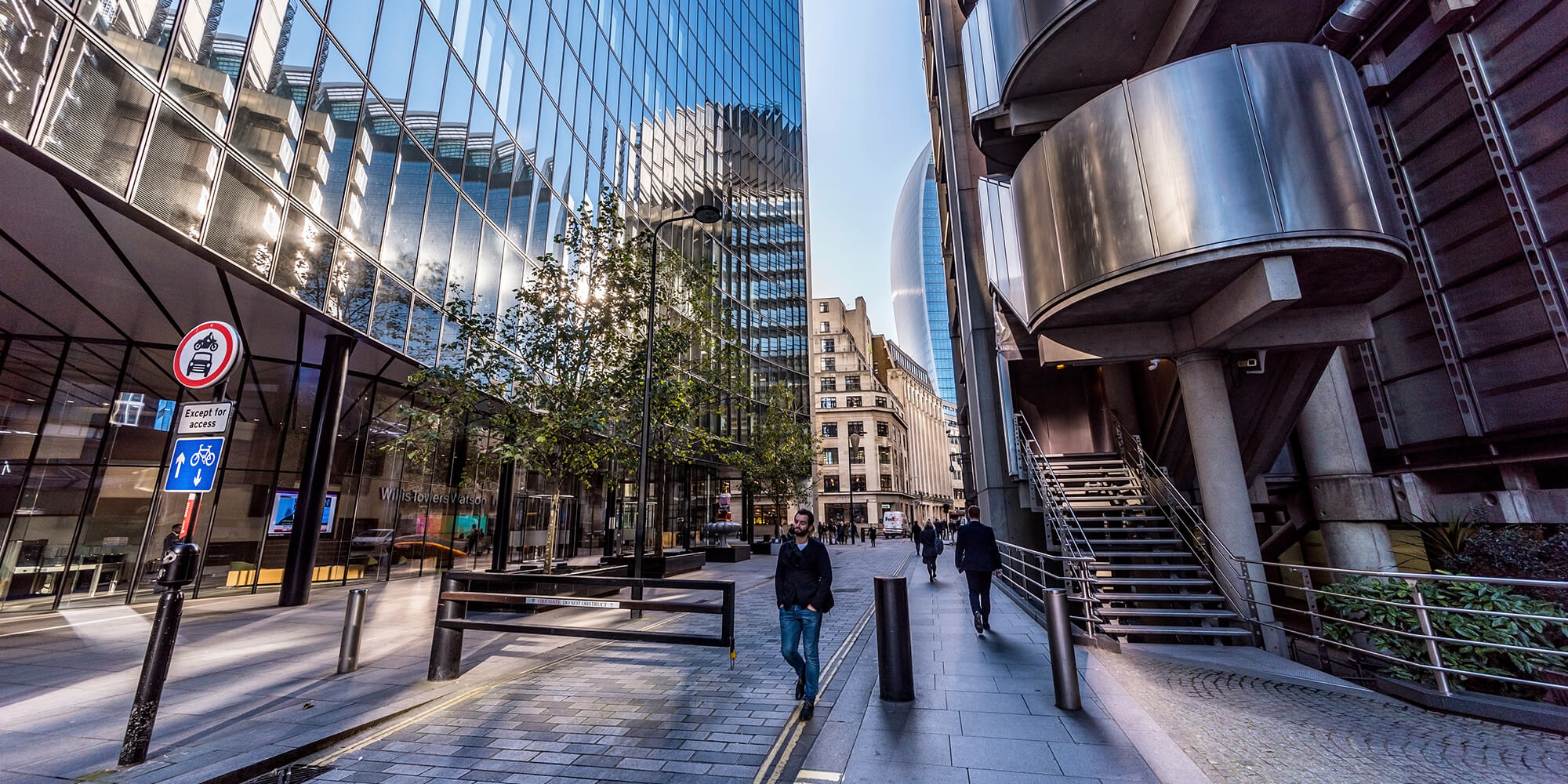 This update was written on the anniversary of when Covid first started to impact on global markets. By the end of February 2020 the virus had been devastating China for over a month, but western economies had remained bizarrely aloof. That all changed when Italy became the first western country to shows signs that we might not be immune. It is often said that hindsight is 20-20 which seems to be a rather fitting saying given the lack of awareness or reaction from governments in the early part of that year.

As a leap year, 2020 was always going to be longer than usual, but the pandemic meant that we all endured what felt like an achingly protracted 12 months. However, there is now light at the end of the tunnel. The prime minister has outlined the government’s roadmap, putting forward a series of “no earlier than” dates when increasing freedoms will be available. This strategy has been massively boosted by the success of the vaccination programme. At the end of last month it was announced that 20 million people had received at least one jab with everyone between 60 and 63 to be offered one from the start of this month. I’m sure that this gives us all hope that we can begin to emerge from this seemingly intractable lockdown, with the return of warmer weather a perfectly timed manifestation of this new-found positivity.

Regular readers of these missives will know that while the pandemic has wreaked havoc on our lives, markets have, on the whole, carried on regardless. After an initial slump in share prices, many indices powered back to record highs and following the shortest bear market in history, the values of many companies have soared to astonishing levels. We have mentioned before that the legacy of the virus is likely to take on a K-shaped profile, with some people benefitting through lower expenditure while others suffered as jobs were slashed and hours cut. Governments around the world have spent huge sums to minimise these effects, but it is hard to avoid the conclusion that large numbers of predominantly younger people will be left in a worse position.

One thing that markets are factoring in is that those people on the other side of this equation will help to reignite the economy once some semblance of normality returns. In the UK, more than 6 million people are said to have become “accidental savers” with lower outgoings and reliable earnings. A surge in spending on things like holiday bookings and eating out is expected to help boost companies that have missed out on the gains that companies like Amazon and Microsoft have enjoyed. We touched on this at the recent review by reiterating our focus on building portfolios using funds with future potential rather than just those that have had historical success. 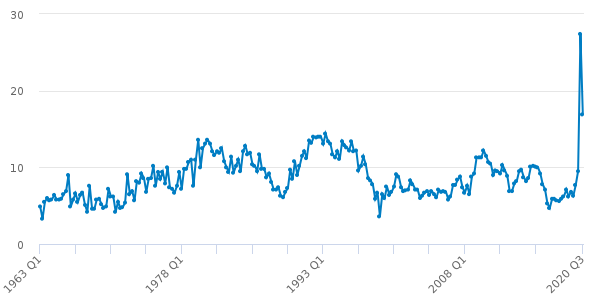 Speaking of historical success, we recently produced an update to celebrate the fact that we now have 10 full years of performance for the IMS portfolios. This is available here and it breaks down the returns of each of our models over this period, showing the annual performance of each one versus its benchmark, after the IMS fee is taken into account. In all there are 60 data points over the decade and looking across all 6 portfolios there are only 12 occasions where they have not beaten their benchmarks. This equates to an outperformance rate of 80% and this increases to 90% when we look at the Cautious, Balanced and Growth portfolios which solely target total return. Each of these portfolios has only a single negative period over the whole period.

We are obviously very pleased with what we’ve achieved since the portfolios were launched, especially given some of the market conditions we’ve experienced over the period. As a reminder, the benchmarks we compare ourselves against contain other multimanager funds which are all attempting to produce returns with the same sort of mandates that we employ on our portfolios. I think this makes the numbers above look even more impressive when you consider the sorts of industry heavyweights against which we are comparing ourselves.

Enough self-congratulation... Looking back over the previous month one thing that is giving investors pause for thought is the spectre of inflation and the impact this is having on bond yields. Minimal yields on government bonds have been supportive of equities but recent price rises have caused yields to jump as well. Joe Biden’s $1.9tn stimulus package has added to this trend and 10-year US treasuries are on track to see their largest monthly gains since 2018. Small rises in inflation are usually not an issue for equities and price rises stemming from a return to normality will be a welcome trade-off in terms of demand, but larger rises might see volatility increase.

In the UK, inflation increased to 0.7% in January as food prices rose by more than the falls experienced by clothing and footwear. The rise from 0.6% in December is still below the 2% target that the Bank of England works to, but the expectation is that the post-lockdown buying spree mentioned above could push the level rapidly higher. Of course, these numbers are coming from very low levels and over the next month or so, the annual figures will start to roll over and we (as in the industry in general) will need to be wary of assuming that these short-term increases are representative of a longer term change. This is something the US Federal Reserve (Fed) has tried to account for with its shift from a simple targeted approach with respect to interest rate rises.

The fear that central banks will start to raise rates from their record low levels is not unjustified. Ultra-low rates help to explain how a company like Tesla can have a higher value than most of its major competitors combined, but that becomes harder to justify if rates, and therefore bond yields, are higher and debt is more expensive. In 2013 when the Fed started to remove the fiscal stimulus that had been in place since the global financial crisis (GFC), we experienced what came to be known as the “taper tantrum” which led to a rapid increase in volatility. Bond markets appear to be beginning to show a familiar sense of intemperance, even though tapering of Covid-related measures has not yet begun.

The cost of these measures continues to rack up and a report by the Institute of International Finance calculated that global debt grew by $24tn over the last year, reaching a new record of $281tn. This rise leaves the world’s debt to GDP ratio at 355% which is an increase of 35% - well ahead of the 10 and 15% rises seen in the years after the GFC. Half of the debt is owned by governments around the world and expectations are that these debt piles will continue to grow. As they do, the challenge of how to navigate our way out of this predicament will also grow.

Markets will rise and markets will fall. What matters above everything, especially in times like these, is our health. Hopefully by the time we next write to you, there will have been even more good news on this front and all of us will be looking forward to the summer. In the meantime, we will continue to manage the portfolios on your behalf. Our focus will remain on ensuring that they contain a diverse range of assets; those that stand to benefit from a resurgent economy, and others that will act more defensively for those periods when markets are troubled by volatility.

Market and sector summary to the end of February 2021

This update was written on the anniversary of when Covid first started to impact on global markets. By the end of February 2020 the virus had been devastating China for over a month, but western economies had remained bizarrely aloof. That all changed when Italy became the first western country to shows signs that we might not be immune.